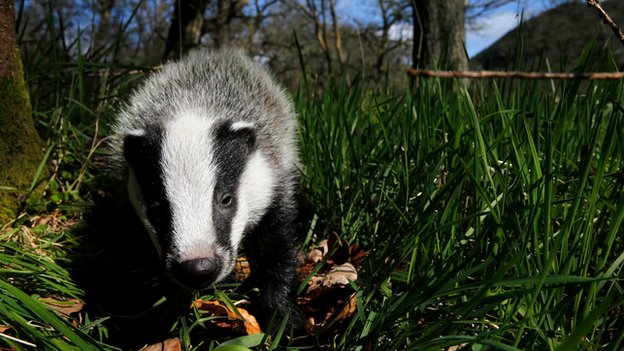 A senior government adviser has described coalition plans to change the way the pilot badger culls are assessed as “an abuse” of the scientific method.

Prof Timothy Coulson is concerned the government is considering a less reliable way of assessing humaneness in the cull and numbers of badgers killed.

He is also concerned that it will scrap independent oversight.

It would also make it impossible to assess whether recommendations to improve the cull have worked.
Writing in Animal Ecology in Focus, Prof Coulson says that ministers must be “wilfully” ignoring the concerns of its own scientists.

“I am tempted to speculate that the government no longer wants to know whether the pilots are effective or humane,” he says in his article. “They just want to cull badgers, regardless of whether the population or humaneness consequences can be assessed.”

He added: “And I fear we may hear that the second year is a success once it is over.”

Prof Coulson told BBC News that he considered culling to be an “easy option” to make it look as if the government was trying to solve the spread of TB in cattle when it could actually make the problem worse if it failed to kill enough badgers.

“If culling worked I’d be fully supportive of them rolling it out, but all the evidence is that it does not,” he told BBC News.

Prof Coulson, from the University of Oxford, is an internationally respected population biologist and was a member of the Independent Expert Panel (IEP) that assessed the effectiveness, safety and humanness of two pilot badger culls in Somerset and Gloucestershire last year. 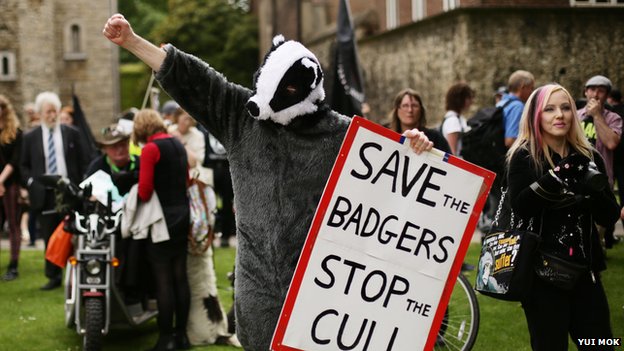 Protesters have questioned the rationale for the cull

A spokesman for the Department for Environment Food and Rural Affairs (Defra), which is running the pilot culls, said: “We will continue to monitor the effectiveness and humaneness of the badger culls closely to assess the impact of the improvements we are making following the IEP’s recommendations.”

“We are currently assessing the best and most cost-effective methods of doing this,” she added. “Scientific evidence such as the findings of the IEP will always play an integral role in developing our approach to dealing with bovine TB, which includes strengthening cattle movement controls and developing vaccines for cattle and badgers.”

However, Prof Coulson said that Defra ministers were not listening to the advice of their own scientists.

He told BBC News: “Government agencies are stuffed full of very competent scientists. Presumably the concerns that they must have raised are being wilfully ignored by government. I wonder why?

“I suspect the government no longer wants to know the answer to whether their ongoing pilot culls will deliver the required outcome.”

Prof Rosie Woodroffe, of the Zoological Society of London, works closely with government employed scientists on the science of the badger cull. She told BBC News that she has “little doubt” that some scientists in Defra and other government agencies will be concerned that these culls will be ineffective and inhumane.

Defra authorised two pilot culls over a four year period in Somerset and Gloucestershire last to see whether licensed marksmen could kill 70% of the badger population in the pilot areas, the number required to reduce the spread of TB in cattle. Defra agreed to independent oversight of the culls by the IEP. BBC News revealed earlier this year that the IEP concluded that the trials were ineffective and raised concerns about the number of badgers that died slowly after being shot by marksmen.

On the basis of that advice, Defra decided not to extend the culls to other parts of England as it had originally hoped – though the two pilot trials will continue for three more years as they are required to do under the culling licence issued by Natural England.

But Defra has decided not to continue with the independent oversight provided by the IEP. The department is also considering changing the method for assessing the number of badgers killed, citing cost as the reason.

Cost question
The method used last year involved analysing the genetic code of badgers in the cull area before the cull and then analysing the code of the badgers that were killed. Prof Coulson said this gave an accurate assessment of the proportion of badgers killed.

Instead, the BBC understands that Defra is considering two alternative approaches to monitor the culls. One of these is based on data from the companies that carried out the cull, but the IEP had little faith in these data, was critical of them in its report and did not use them.

The second method is based on a computer model which has not been validated for the two cull areas. The IEP was also critical of this in minutes of its meetings.

Prof Coulson has told BBC News that the “genotyping” work is not an expensive method and whatever method is used instead will be much less accurate. Genotyping costs around a £15-20 per badger and so the cost of doing the work should run into a few tens of thousands of pounds at most.

“A cynic might speculate that (the change in method) is because following best animal ecology practice might lead to conclusions at odds with what the government seems unjustifiably determined to do,” he said.

“In addition to changing the protocols, there is to be no more independent oversight of the ongoing culls. So who will oversee the analysis of data and the interpretation of results? The same folks that have decided to change the protocols half way through the experiment?”

The IEP made recommendations to improve humaneness which the government has accepted. The success or otherwise of these recommendations will also be hard to assess, according to Prof Coulson, because he believes the data on humaneness are not going to be collected from autopsies of badgers to assess how they were killed as was done last year.

Prof Woodroffe says that it won’t be possible to compare last year’s figures with the next set if the method used to count the badgers that have been killed is changed.

“Ministers and farmers are hoping that this year’s pilots will be more effective than last year’s. To give policymakers, farmers and the public confidence in the outcome of the pilots, it’s essential that the same methods are used consistently,” she said.

Prof Coulson added that changing the way in which the experiment was assessed was “an abuse of the scientific method”.

“‘If the methods Defra are thought to be considering are used in place of those applied last year, it would be like starting a surgical procedure with a scalpel and forceps and finishing it with a garden spade and axe,” he said.

“There are two separate things and I think he is confusing these two items, One is the monitoring and evaluation and last year we had 300 visits from (government) vets, compliance visits from Natural England and we carried out over 150 post mortems (of badger carcasses). That was the raw data that was collected,” he said.