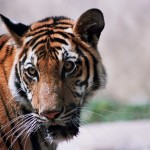 The global loss of species is even worse than previously thought, the London Zoological Society (ZSL) says in its new Living Planet Index.

The report suggests populations have halved in 40 years, as new methodology gives more alarming results than in a report two years ago.

The report says populations of mammals, birds, reptiles, amphibians and fish have declined by an average of 52%.

Populations of freshwater species have suffered an even worse fall of 76%. 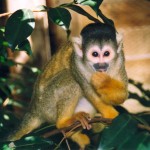 The team at the zoological society say they’ve improved their methodology since their last report two years ago – but the results are even more alarming.

Then they estimated that wildlife was down “only” around 30%. Whatever the numbers, it seems clear that wildlife is continuing to be driven out by human activity.

The society’s report, in conjunction with the pressure group WWF, says humans are cutting down trees more quickly than they can re-grow, harvesting more fish than the oceans can re-stock, pumping water from rivers and aquifers faster than rainfall can replenish them, and emitting more carbon than oceans and forests can absorb.

It catalogues areas of severe impact – in Ghana, the lion population in one reserve is down 90% in 40 years.

In West Africa, forest felling has restricted forest elephants to 6-7% of their historic range.

In the UK, the government promised to halt wildlife decline – but bird numbers continue to fall.

The index tracks more than 10,000 vertebrate species populations from 1970 to 2010. It reveals a continued decline in these populations. The global trend is not slowing down.

‘New method’
The report shows that the biggest recorded threat to biodiversity comes from the combined impacts of habitat loss and degradation, driven by what WWF calls unsustainable human consumption.

WWF is keen to avoid despair. It points to conservation efforts to save species like:

Previously, the Living Planet Index was calculated using the average decline in all of the species populations measured. The new weighted methodology analyses the data to provide what ZSL says is a much more accurate calculation of the collective status of populations in all species and regions.

A ZSL spokesman explained to BBC News: “For example, if most measurements in a particular region are of bird populations, but the greatest actual number of vertebrates in the region are fish, then it is necessary to give a greater weighting to measurements of fish populations if we are to have an accurate picture of the rate of population decline for species in that region.

“Different weightings are applied between regions, and between marine, terrestrial and freshwater environments. We are simply being more sophisticated with the way we use the data.”

“Applying the new method to the 2008 dataset we find that things were considerably worse than what we thought at the time. It is clear that we are seeing a significant long-term trend in declining species populations.”

Stephen Buckland, co-director of the National Centre for Statistical Ecology in the UK, told BBC News: “It is clear that declines are occurring, and at a more rapid rate in tropical areas with high diversity than in temperate areas where much of our diversity was lost long ago.

“But there is the question in the Living PIanet Index of why some populations are monitored when others are not. Those in decline are perhaps of greater interest, and hence more likely to be monitored, than those that are stable or increasing. For practical reasons, populations that are more impacted by man are more easily monitored.

“Further, the quality of the data is highly variable from one population to another, and some population trends are likely to be biased. So is there a decline? Certainly. Are animal numbers around 52% lower than 40 years ago? Probably not.”

Correction: An earlier version of this story said that tiger numbers in Nepal had reduced from 100,000 a century ago to just 3,000. Those figures are in fact for global tiger numbers.

Here’s a chill out clip of tigers in the jungle.

Or how about a man who has a very special relationship with a tiger. Trusting a Tiger.