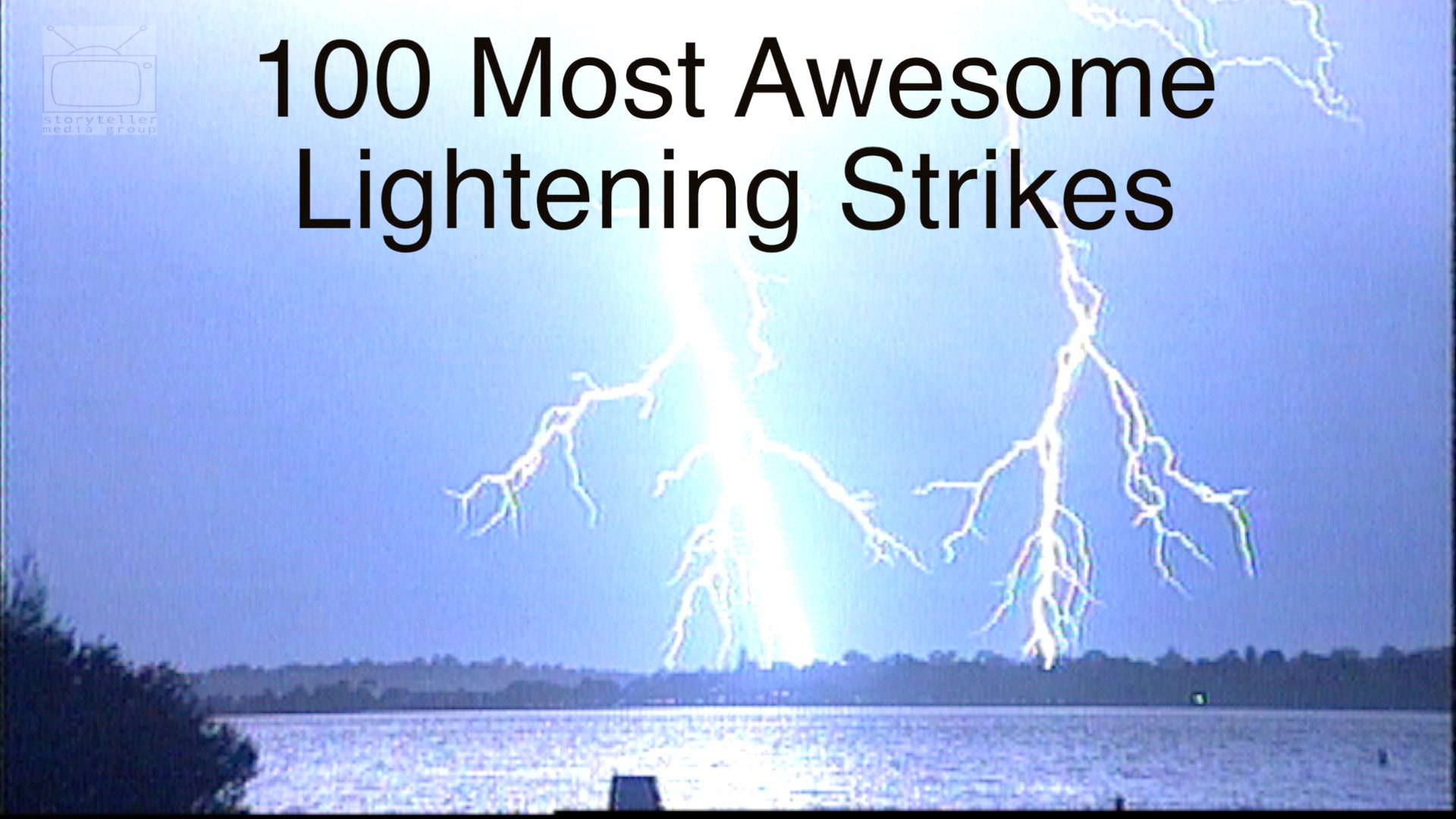 Nature is totally awesome. There are many examples of its awesomeness but none like the power of thunder and lightning. Here are 100 of the most awesome lightning strikes.

Lightning is a sudden electrostatic discharge during an electrical storm between electrically charged regions of a cloud (called intra-cloud lightning or IC), between that cloud and another cloud (CC lightning), or between a cloud and the ground (CG lightning). The charged regions in the atmosphere temporarily equalize themselves through this discharge referred to as a strike if it hits an object on the ground, and a flash if it occurs within a cloud. Lightning causes light in the form of plasma, and sound in the form of thunder. Lightning may be seen and not heard when it occurs at a distance too great for the sound to carry as far as the light from the strike or flash. 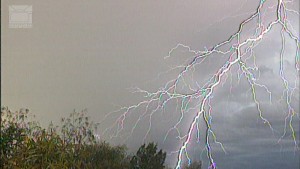 Lightning is not distributed evenly around the planet, as shown in the map.

About 70% of lightning occurs over land in the tropics where atmospheric convection is the greatest. This occurs from both the mixture of warmer and colder air masses, as well as differences in moisture concentrations, and it generally happens at the boundaries between them. The flow of warm ocean currents past drier land masses, such as the Gulf Stream, partially explains the elevated frequency of lightning in the Southeast United States. Because the influence of small or absent land masses in the vast stretches of the world’s oceans limits the differences between these variants in the atmosphere, lightning is notably less frequent there than over larger landforms. The North and South Poles are limited in their coverage of thunderstorms and therefore result in areas with the least amount of lightning.

In general, cloud-to-ground (CG) lightning flashes account for only 25% of all total lightning flashes worldwide. Since the base of a thunderstorm is usually negatively charged, this is where most CG lightning originates. This region is typically at the elevation where freezing occurs within the cloud. Freezing, combined with collisions between ice and water, appears to be a critical part of the initial charge development and separation process. During wind-driven collisions, ice crystals tend to develop a positive charge, while a heavier, slushy mixture of ice and water (called graupel) develops a negative charge. Updrafts within a storm cloud separate the lighter ice crystals from the heavier graupel, causing the top region of the cloud to accumulate a positive space charge while the lower level accumulates a negative space charge. 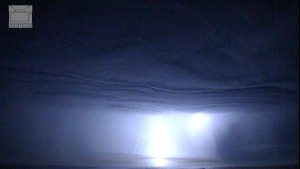 Because the concentrated charge within the cloud must exceed the insulating properties of air, and this increases proportionally to the distance between the cloud and the ground, the proportion of CG strikes (versus cloud-to-cloud (CC) or in-cloud (IC) discharges) becomes greater when the cloud is closer to the ground. In the tropics, where the freezing level is generally higher in the atmosphere, only 10% of lightning flashes are CG. At the latitude of Norway (around 60° North latitude), where the freezing elevation is lower, 50% of lightning is CG.[10][11]

Lightning is usually produced by cumulonimbus clouds, which have bases that are typically 1–2 km (0.6-1.25 miles) above the ground and tops up to 15 km (9.3 mi) in height.

On Earth, the place where lightning occurs most often is near the small village of Kifuka in the mountains of the eastern Democratic Republic of the Congo,[12] where the elevation is around 975 m (3,200 ft). On average, this region receives 158 lightning strikes per 1 square kilometer (0.39 sq mi) per year.[13] Other lightning hotspots include Catatumbo in Venezuela, Singapore,[14] Teresina in northern Brazil,[15] and “Lightning Alley” in Central Florida.[16][17]