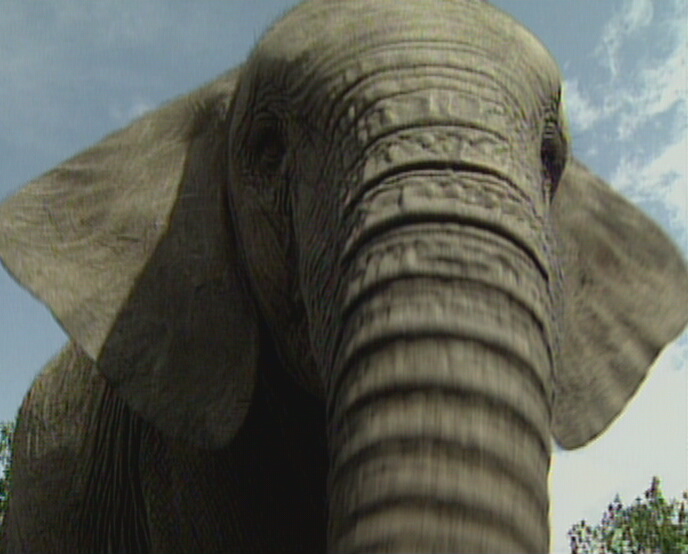 Elephants came to dinner is an amazing story and has to be seen to be believed.

Inviting big, exotic animals inside probably wasn’t the plan when the Mfuwe Lodge was built in Zambia in 1998, but that’s what wound up happening. The lodge surrounds a mango tree that a local group of elephants likes to feed on and sits on the path they traditionally used to get to it.

When Mfuwe opened for business, the elephants came to dinner making it clear they had no intention of changing their route. They walked in like they owned the place, shuffled through the lobby and out into the courtyard to feast on mangoes.

The spectacle—no doubt concerning to whoever was working the reception desk the first time it happened—has become one of the lodge’s main draws, and attracts crowds of tourists every year. According to the lodge, the group that makes the annual stroll through the lobby includes three generations of one elephant family, including their matriarch “Wonky Tusk” and the young “Lord Wellington,” who was born on the lodge grounds in 2009.

Wildlife cameraman Nathan Pilcher recently went to Mfuwe to see the elephants for himself, and you can watch his short movie above. If you’ve been to Mfuwe, tell us about it in the comments and share your pictures!

This bizarre phenomenon is stumping wildlife experts and delighting tourists. An elephant family, led by a matriarch named Wonky Tusk, is overtaking the lobby. Though elephants can be violent in the wild, here they climb the stairs of Mfuwe Lodge and grace past reception without bumping a chair.

Why the paradox? Wildlife cameraman Nathan Pilcher is on a mission to find out. What he discovers may reveal elephants to be far more intelligent than we could’ve imagined.

On the other side of the coin however elephants are dangerous. The following video is a story about a hear of elephant juvenile delinquents who attacked a family and killed a man. The result of bad wildlife management and mistaken good intentions.