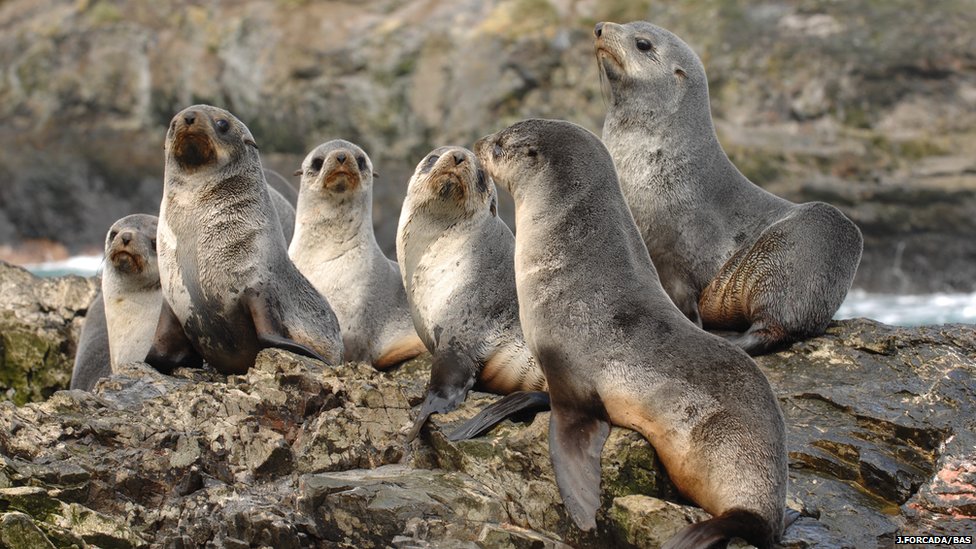 Over the study period, the birth weight of pups was seen to fall significantly

Changes in the Antarctic climate are showing up in the fur seal population, say scientists.

Three decades of data show the females of this species are being born smaller, and those that do survive to motherhood are breeding later in life.

Subtle changes in their genetics are also being recorded.

Researchers tell the journal Nature that a shift in a dominant climate pattern has affected the supply of the seals’ primary food source – krill.

“There has been a significant reduction in the size and the mass of the pups at birth,” explained Dr Jaume Forcada from the British Antarctic Survey (BAS).

“Over 27 years, we see pups being born with 8% less body mass. We also see the females breeding later in age – at least by one or two years.

“And when they start breeding, they are bigger than they used to be 30 years ago. This kind of thing has been seen before in all sorts of mammals, and is classically an indication of food stress.” 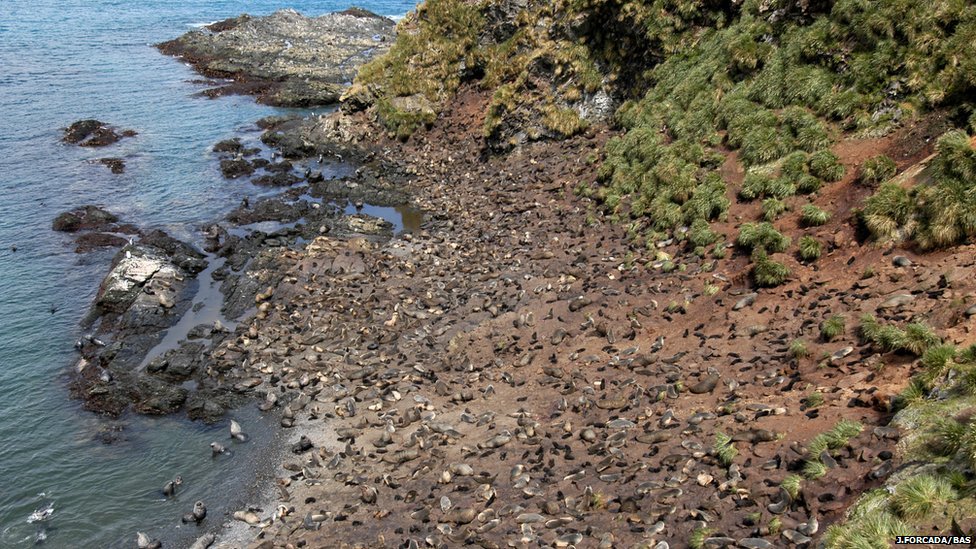 The study was centred on South Georgia, a British Overseas Territory (BOT) in the South Atlantic that falls within the influence of Antarctic waters.

BAS has a long-term monitoring station on the territory’s Bird Island, from where it has tracked the behaviour and health of the furs since the early 1980s.

In their report, the researchers tie the declining performance of the population directly to the increasingly unreliable provision of krill.

In particularly bad years when there are few krill at South Georgia, all the predators that depend on them will suffer poor breeding success, and the beaches will be littered with dead pups and penguin chicks. 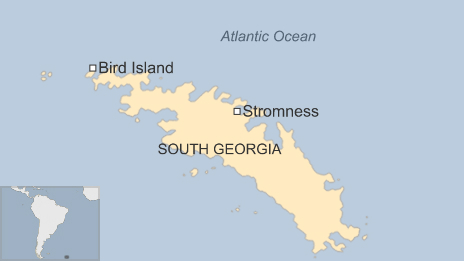 The krill come mostly from much further south, carried on currents to the BOT from the Antarctic Peninsula and the western side of the White Continent.

The production of these little crustaceans is heavily dependent on sea ice, which they use for protection and as a food resource, eating the algae that grow on the undersides of floes.

But sea ice in Antarctica’s western sectors has been in sharp decline in recent years (in contrast to other sectors).

The BAS team attributes this to a significant shift in an atmospheric pressure pattern known as the Southern Annular Mode (SAM), which, in its positive phase, will limit sea ice formation through more storms, higher winds, higher temperatures and more rain.

“From the 1990s, it has been in the most positive phase of the historical record, and the record has now been reconstructed back through 1,000 years with ice cores; and what we know now is that the SAM is more positive than it has ever been,” said Dr Forcada.

“What you have to know is that the availability and predictability of krill at South Georgia is highly correlated with the SAM.” 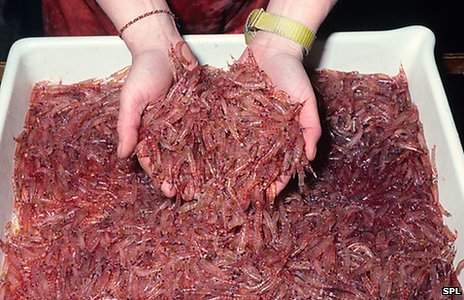 Krill are an important food for many animals, not just fur seals

The BAS team also examined the DNA of the seals and found mothers today to have a wider genetic diversity than 20 years ago.

Ordinarily, greater genetic variation – or heterozygosity – is a good thing because it enables a population to better withstand disease and environmental stress.

But the group records that this increased diversity is not seen in the pups being born each year on Bird Island, in part because that diversity is dependent also on the genetics of the male bulls, but also because the circumstances in which the seals now find themselves means that the weakest pups are being very effectively winnowed out. 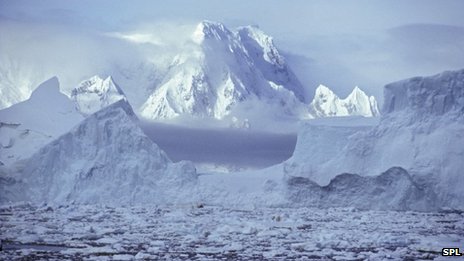 “If heterozygosity was inherited from these feeder mums to their pups and heterozygosity would prevail to the point where no more pups were being born homozygous (narrow diversity), you could think they were showing in the longterm an evolutionary response. But they’re not showing that,” explained Dr Forcada.

“They’re showing a selection process that acts mostly through the survival of the fit young females, and then at each generation the clock re-sets.”

Antarctic fur seals are currently an abundant species that has now fully recovered from the over-exploitation by humans at the turn of the 20th Century.

But if the stresses continue, warns the team, South Georgia’s population is likely to fall as breeding success dwindles and individuals disperse in search of more predictable krill supplies. 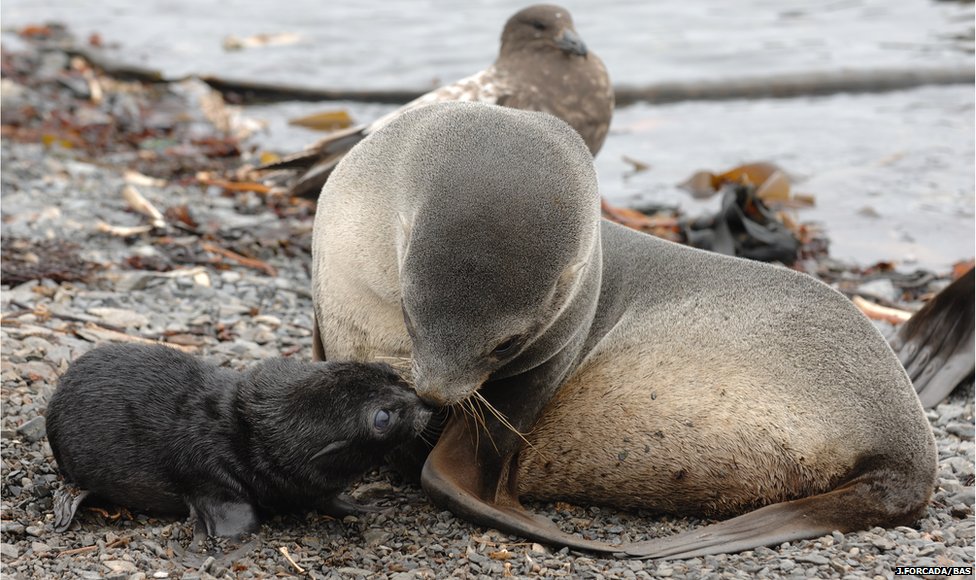 Antarctic Fur Seals are plentiful, but the Hawaiian Monk Seal is critically endangered.

Here’s a clip from our Before It’s Too Late documentary Hawaii Isle of Extinction. This tells of the fight to help with the recovery of this species.