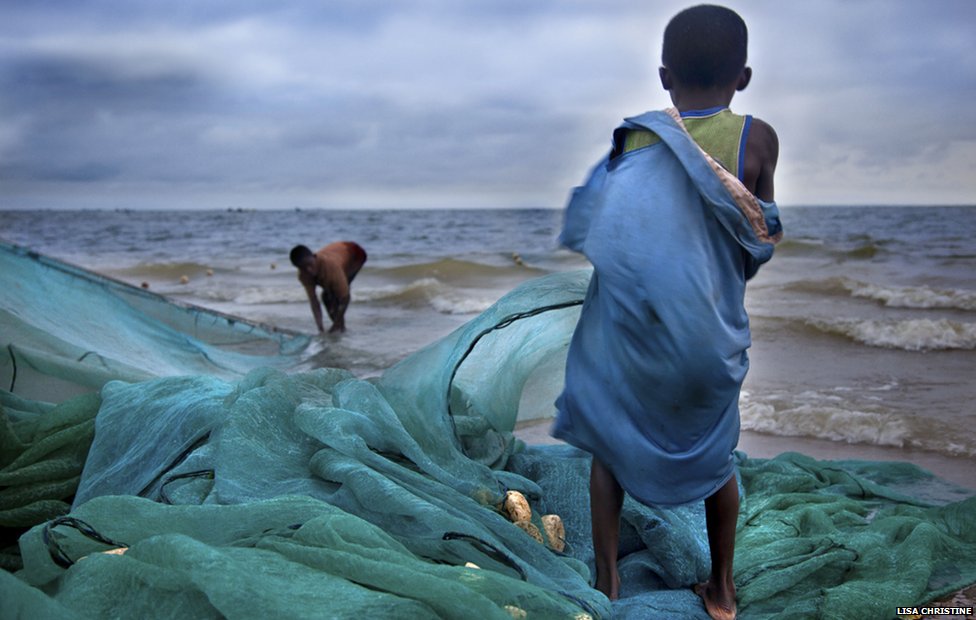 New research suggests the global decline in wildlife is connected to an increase in human trafficking and child slavery.

Ecologists say the shortage of wild animals means that in many countries more labour is now needed to find food.

Children are often used to fill this need for cheap workers, especially in the fishing industry.

The decline in species is also helping the proliferation of terrorism and the destabilisation of regions.

According to a study in the journal, Science, the harvesting of wild animals from the sea and the land is worth $400bn annually and supports the livelihoods of 15% of the world’s population.

But the authors argue that the rapid depletion of species has increased the need for slave labour. Declining fisheries around the world mean boats often have to travel further in harsher conditions to find their catch.

In Asia, men from Burma, Cambodia and Thailand are increasingly sold to fishing boats where they remain at sea for many years, without pay and forced to work 18-20 hour days.

“There’s a direct link between the scarcity of wildlife, the labour demands of harvests and this dramatic increase in child slavery,” said Prof Justin Brashares from the University of California, Berkeley, who led the study.

“Many communities that rely on these wildlife resources don’t have the economic capacity to hire more labourers, so instead they look for cheap labour, and in many areas this has led to the outright purchasing of children as slaves.”

This exploitation also happens in Africa, where people who once found their food in the neighbouring forests now travel for days to find prey.

Children are often used by hunters to extract wildlife from areas that would be too costly to harvest.

The researchers contrast the outcomes of the collapse of fisheries of the north east coast of the US and in the waters off Somalia. 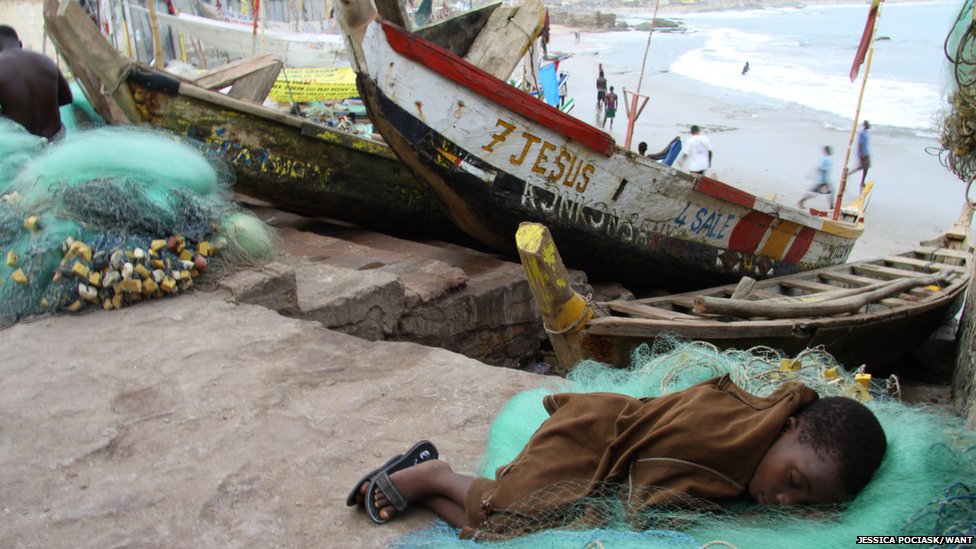 While in the US the decline was cushioned by federal subsidies to retrain fishermen, in Somalia the increased competition for fish stocks led to the rise of piracy.

“Fishermen started going out with guns, trying to fine boats that were fishing illegally in their waters.

“Unfortunately some segment of that community said we can do much better by ransoming these boats that we can do by fishing.”

The rise in value of items like tiger parts and elephant ivory have led to an explosion of trafficking, by powerful groups to further their aims.

The authors point to the Janjaweed, the Lord’s Resistance Army, Al-Shabab and Boko Haram, which they say have all been involved in poaching ivory and rhino horn to fund terrorist attacks.

Other researchers say there is not enough data to support this claim.

Regardless of the strength of the evidence, the western response to these events has been to declare a “war on poachers”.

The authors believe that this is misguided, and is missing the bigger picture.

“We can continue to try and cover it up with little bits of enforcement,” said Prof Brashares.

“But until we start to address the bigger issue which is poor governance and the global free for all, we are not going to address the tide of conflict.”

The study says there are some approaches that can work. They argue that when local governments give fishers and hunters exclusive rights to harvest some areas, social tensions can be reduced.

They point to Fiji’s fishery structured around territorial use rights and in Namibia pro-active policies have helped to reduce poaching.

“The most important bit from this article, I think, is that we need to better understand the factors that underlie fish and wildlife declines from a local perspective, and that interdisciplinary approaches are likely the best option for facilitating this understanding,” said Dr Meredith Gore, from Michigan State University who wasn’t part of the study.

The research has been published in the journal, Science.
Follow @b4itstoolate