News from Elsewhere…
… media reports from around the world, found by BBC Monitoring 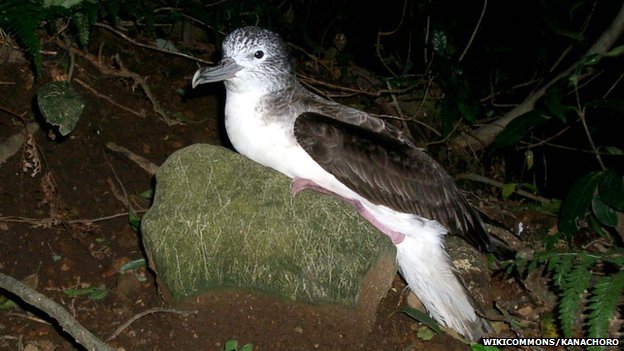 Cat lovers are being asked to help save seabirds in Japan by giving new homes to feral kittens, it’s reported.

About 90% of the streaked shearwater seabird population is found in Japan, and most nest on the small island of Mikura, the Mainichi website reports. But their numbers have been dwindling in recent years, and experts think that feral cats – and their taste for bird-based meals – are to blame. While authorities have neutered and released many of the cats to stop them reproducing, it’s thought about 500 call the island home.

The Yamashina Institute for Ornithology is hoping that a cat adoption scheme could help, and is calling on people to get in touch if they want to offer one of the island’s feral felines a home. Kittens will be the first to face the adoption process, as they’re more likely to adapt to domestic life. “Leaving feral cats that have high hunting ability will put numerous kinds of wild animals on the island in danger of extinction,” says Nariko Oka, a researcher at institute.

Government studies have shown that streaked shearwaters declined in number by around 20,000 per year between 2007 and 2012, when 770,000 were estimated to be living on the island, the website says. In the late 1970s, the number was thought to be more than 1.75 million.

Feral cats are a problem the world over. In Australia there are an estimated 10 million feral cats.

On the Indian Ocean island nation of Mauritius they are a major threat to the critically endangered Pink pigeon amongst others species. In the following clip, conservationist Carl Jones traps and dissects a feral cat to examine what the native species introduced animal has killed and eaten.