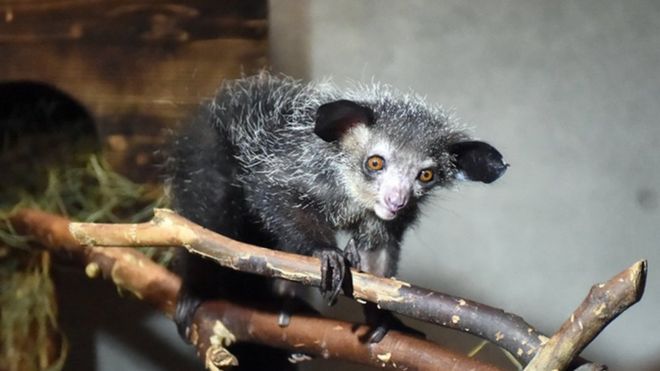 An endangered lemur is being sent from Japan to the Channel Islands in the hope that she will find a mate, it’s reported.

Tokyo’s Ueno Zoo is sending Ala, a female aye-aye lemur, on “an extended romantic vacation” to the Durrell Wildlife Conservation Trust, the Asahi Shimbun newspaper reports. Zoologists are hoping she will “enjoy a fling” with a male aye-aye during her time at the facility on the island of Jersey in the English Channel, the daily adds.

The zoo says it’s sending the six-year-old on the long-distance trip in order to retain the diversity of the primate’s gene pool. “We hope that Ala gives birth to healthy babies and will deliver happy news to us,” one zoo official tells Asahi Shimbun.

Ala is due to arrive in Jersey on Friday, accompanied by her Japanese keeper. The Durrell Wildlife Conservation Trust says she will be in quarantine for up to four months before meeting a potential suitor, Pan, who has been at the centre since last year.

The aye-aye is the world’s largest nocturnal primate, and is described by the Durrell Trust as a “weird and wonderful” creature. But the animal is considered an omen of death and evil by some in its native Madagascar, and has often been killed on sight. Like other lemurs, it is also under threat because of deforestation destroying its natural habitat. Only 51 aye-ayes are kept in zoos worldwide, according to Ueno Zoo.

Here’s a 4 minute video clip about the lemur from our documentary Madagascar Island Ark.